This is the story of a friendship that started 28 years ago between two kids, a Colombian and a Singaporean. Despite the distance, the language, the cultural differences, and the technological challenges of the time, this friendship has remained alive over time navigating the random destiny.

The first protagonist is Rafael (my husband) who at age twelve decided to join a then very popular club called Pen Pal: a club to make foreign friends through mail. Rafael joined because he was interested in having friends from other countries and he wanted to learn English through the writing and reading from the letters exchanged.

In fact, he exchanged correspondence with several penpals from different places in the world, but with no one whom he could practice English. Carmen (Rafael’s sister) had also joined the club and she started receiving mail from a Singaporean student named Jong Min, the second protagonist of this story.

Despite Rafael’s insistence, Carmen never answered Jong Mun’s letter. So one day he decided to ask her to “borrow the friend”, who coincidentally was his same age. This is how a mail friendship began; it developed and grew over nine years of exchanging letters, post cards, pictures and all sort of souvenirs that crossed from one corner of the planet to the other.

The mail would take one month to arrive, will depart from Colombia after hundreds of reviews using the Spanish-English dictionary, and would arrive to Singapore on fine silk stationary with the most beautiful calligraphy. The mailed letters symbolized how two teenagers so physically different, far apart geographically, but at the same time similar and somehow close, were transforming into good men who were making their dreams come true.

Their correspondence stopped by the end of the nineties. Most likely, the senders, now grown men, were full of activities; however, Rafael kept the letters for almost twenty years until one day while he was still living in Colombia, he decided he didn’t need them anymore and disposed of them. How much he regretted this decision when years later, ironically, he found himself living in the same place where the story started and where he never imagined that he would be: “the remote country of Singapore”. Unfortunately, there was no possible way to locate Jong Mun, because Rafael could not even remember his name. 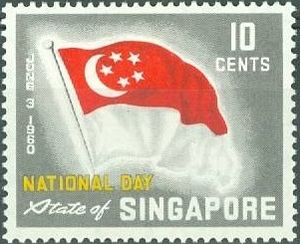 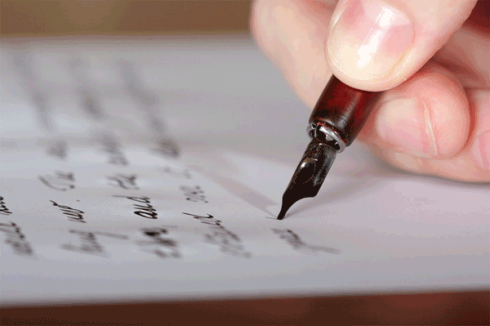 A few years ago, during one of our trips to Colombia, Rafael’s mother had a surprise for him: she had rescued the letters. Immediately my husband started the task of looking for his friend. While reviewing the envelopes we discovered the amazing coincidence that Jong Mun had lived in a neighborhood very close to our Singaporean home, and more surprisingly only few blocks distance from our children’s school.

Well, after several weeks and many hours on the Internet, Rafael found Jong Mun. Both men were tremendously excited and surprised with the re-connection, but unfortunately, as I had felt might be the case, Jong Mun was no longer living in Singapore.

Even though they were again living in different countries, that was not an obstacle to renewing their “penpal friendship”. However, their letters were no longer taking a month to arrive and written by adolescents; now there were instant text messages, sent by adults, helping to keep the communication and relationship alive.

And here comes the happy ending of this story, or maybe the beginning of a new one? Jong Mun travelled to Singapore and after almost three decades, these kids met each other, and for the first time shook their now adult hands and realized that a real friendship knows no borders and is forever. 🌸