When thinking about Sumo, the image of a struggle between two hulking men armed with a tiny belt that barely covers their genitals comes to my mind. Beyond that and of being Japan’s national sport, Sumo is an all encompassing Shinto ritual dating back to the era of the samurai who used it as a defense strategy. Shintoism is the official religion of Japan and the basis of this intriguing discipline.

The ritual prior to combat usually lasts several minutes, while the match itself lasts only a few seconds. The quadrilateral Dohyo evokes the elements of a Shinto and there the wrestlers rikishi perform an elaborate ritual: throwing salt on the ground to purify the space, rinsing their mouth with holy water, clapping to summon the gods and stomping their feet vigorously to ward off any demons that may be lurking. 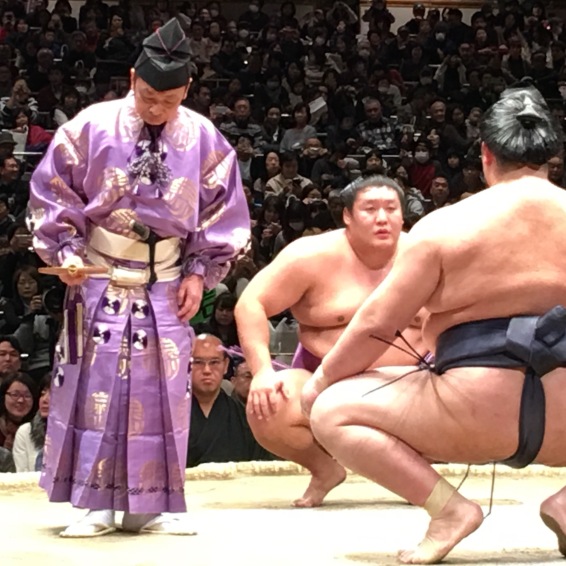 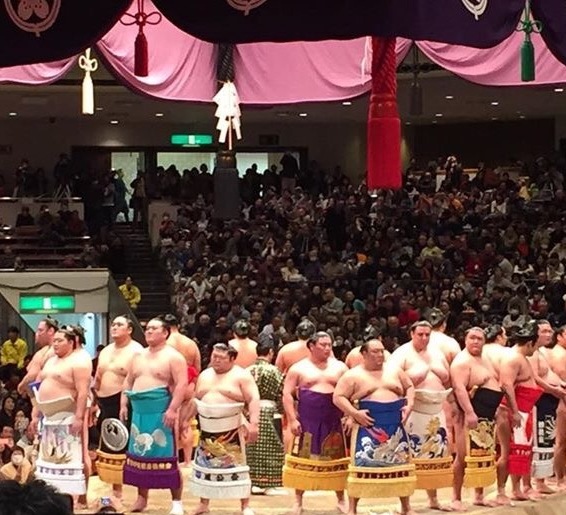 The referee is dressed as a Shinto priest and once he raises his fan the battle begins, where courtesy, fair play and respect are the predominant elements. The first to fall or exit the small circle of 4 meters in diameter loses. This is achieved by pushing, tripping or lifting the opponent, strikes are prohibited. Once there is a winner, neither he nor his rival show signs of excitement or disappointment, just bows of respect are made. The loser must immediately leave the place as to not bring bad luck to the other competitors. Meanwhile, spectators are taking notes of each fight and sitting on the floor on cushions stripped of their shoes.

During combat the rikishi use two ornaments: the mawashi belt they wear – which is made of silk, is approximately 9 meters in length and weighing four kilos. The rikishi is wrapped in the mawashi with several turns around his waist and held at the back by a large knot. The second ornament is the oichomage which is the elaborate hairstyle and haircut the wrestlers wear evoking the samurai. 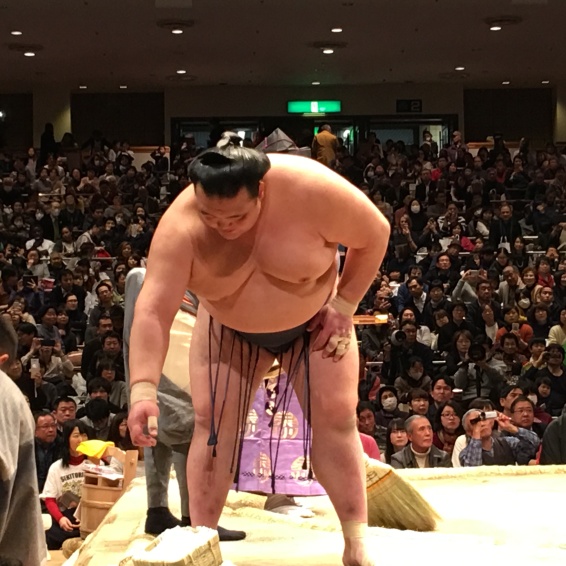 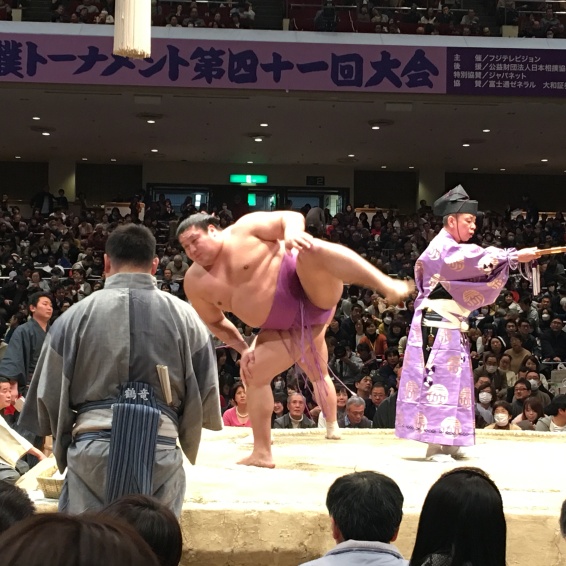 Rikishi are often recruited as teenagers. They cohabit in heyas – Sumo houses – where they undergo the rigor of iron discipline, exhausting working hours, demanding physical training and of course a very special diet. For Rikishi the heya is their only home for most of their career and they dedicate their entire life to the practice of this ancient sport.

Now I have learned that beyond the bulky bodies it is the discipline, sacrifice and religion that are the characteristics of these remarkable fighters whom in the ring practice the most beautiful of rituals. 🌸