I had been living in Chile for some time, without having made any local friends yet, when I received a curious message in my Facebook inbox. It was from a Chilean man named Vladimir Bohórquez who had been drawn to my profile. He had been looking for the origin of his strange last name for some time, and finding it in someone who was not of his family made him suspicious of our kinship. His surprise was no less when I explained that I was a Colombian newcomer to Santiago, with no connection to the southern country and that in Colombia my surname occupied half the phonebook. Thanks to Vladimir, I understood that in Chile those who appear in the middle of the telephone directory are the Borquez, and for that reason I had to resign myself to the fact that my last name would be written and pronounced incorrectly for the next five years.

Vladimir’s curiosity was the best excuse to keep exchanging messages. It had only been a few weeks after that first conversation when my kind “namesake” penpal invited me to his hometown. He is originally from Valdivia, a beautiful city located in the south of Chile and surrounded by beautiful rivers. During that time we had already began to plan our first vacation, so the proposal of the trip sounded quite well. Vladimir is a lover and great connoisseur of the south of Chile, and with good reason, it’s no doubt this region is one of the most beautiful places there is. My “surname’s namesake” offered me to stay at his house and from there follow the route to the Argentinian Patagonia.

I found myself in a predicament trying to explain to my wary husband that a Chilean who I had met on Facebook was inviting us to his house and that I wanted to accept the invitation. It’s just that when you come from a country like Colombia, where unfortunately for safety issues sometimes you have to be careful with the kindness of strangers, it is logical to mistrust. My husband agreed that we should make the trip with the condition that we did not stay in Vladimir’s house but in a hotel. 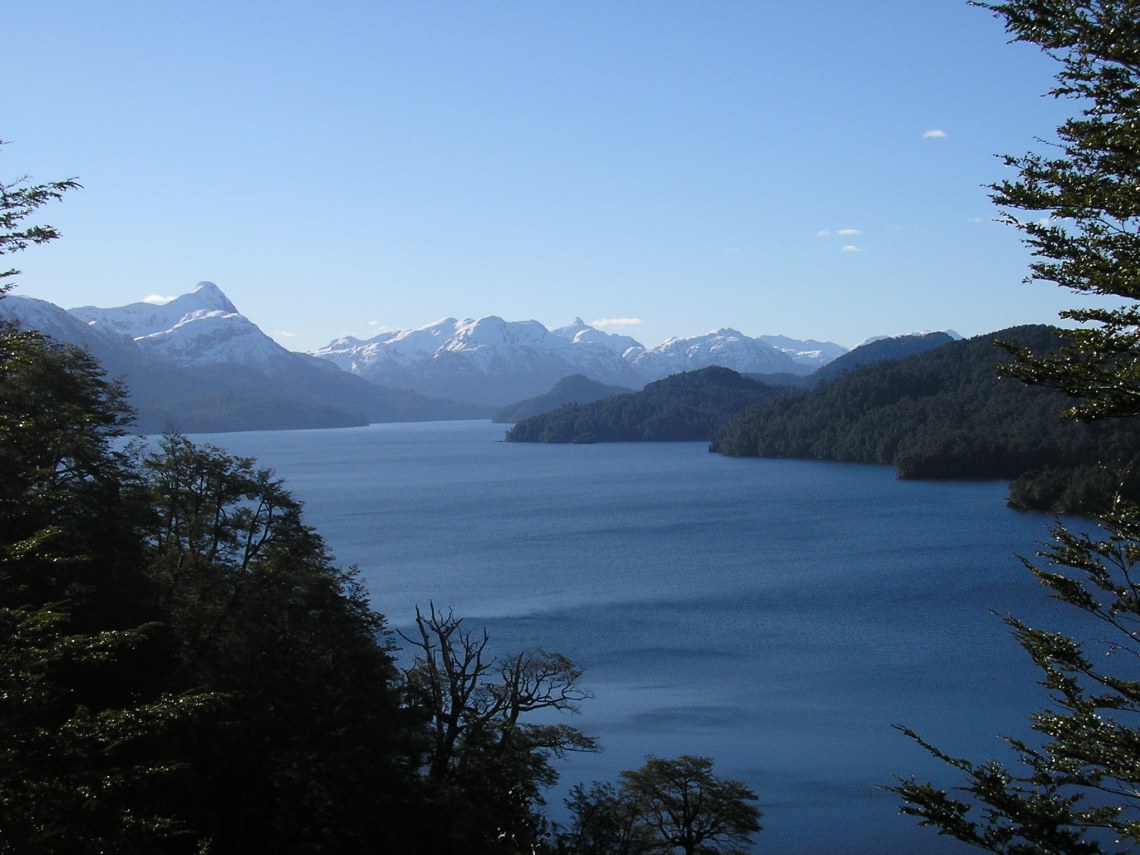 Well, the big day came and Vladimir’s offers surprised us more and more. At first he told us that he would pick us up at the airport but we insisted that it was not necessary because we had to pick up the car we had rented, so he decided that we would meet at the rental office. When he arrived it was easy to recognize each other from our Facebook photos, and although I had never seen him in person, his presence and charisma were so familiar that maybe we were actually relatives in another life. He immediately offered to take us to get to know the city in the rental car with him being the driver and guide so we could enjoy the scenery. Despite the insistence that we stay in his house, we asked him to recommend a place to stay, he accepted on the condition of inviting us to dinner. It was then that after leaving our bags at the hotel we arrived at his place, where he received us with the best wine in the world: the Chilean wine, and he showed us how he prepared an exquisite salmon while we chatted with his wife. After the succulent dinner, he mapped out a detailed tour for us that began in the south of Valdivia, passing through Osorno, Puerto Varas, Puerto Montt, Villa la Angostura and Bariloche, and ended north of Valdivia in Pucón, crossing Villarica. He explained with great precision the routes and sites to get to know. Vladimir, whose name almost providentially begins with the same V with which Valdivia is written, advised us not to miss visiting two places: Frutillar in Chilean Patagonia and San Martin de los Andes in the Argentine Andes. To our surprise, these dreamlike villages turned out to be the most beautiful thing we have ever seen in our lives.

Several days later we returned to Vladimir’s home to say goodbye before our parting to Santiago. Again, he welcomed us with his tremendous hospitality and told us to visit as many times as we wanted. Although that was the last time I saw him, eight years later we still stay in touch, and whenever I can I express my gratitude for his great travel advice, his friendship, but especially for having taught me that the popular Chilean saying holds true: “farmers and peoples of the town will meet you in travel, and you will see how they love a friend in Chile when he is an outsider.” 🌸